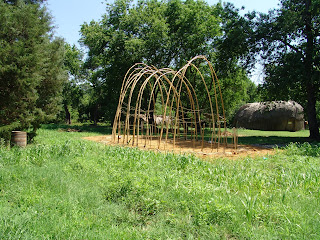 Following our first Volunteer Day at the Woodland Indian Hamlet at HSMC, the arches of the witchott's structure were erected. However, due to some initial miscalculations the arches refused to form the even slope the structure required. Coby and his team removed each arch from the foundation to correct their respective heights. 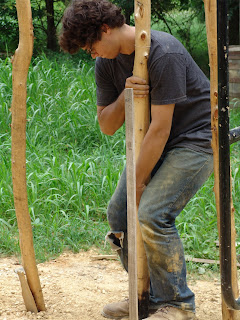 Having packed the dirt and clay of the foundation to ensure the stability of the arches, each pole had to be removed individually and carefully so as not to damage the arches or foundation. 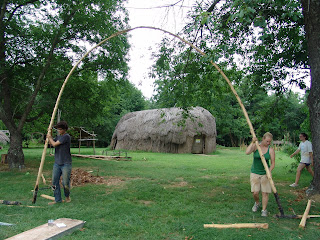 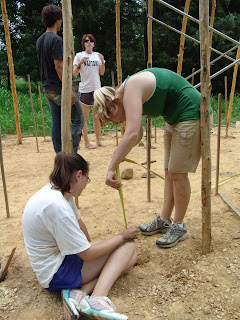 The team then remeasured the depth of the foundation as well as the arches to calculate how much to cut off the ends of each pole. 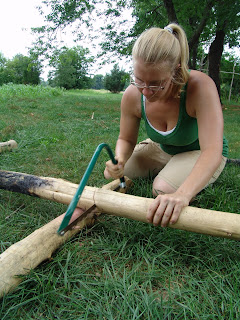 Once the poles were re-cut and replaced, the witchott began to take a more sloped shaped. 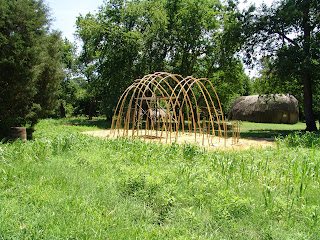 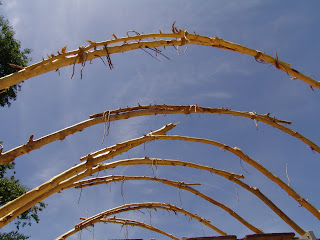 However, the peaks of the arches remained too uneven to create the dome structure of the witchott's roof. 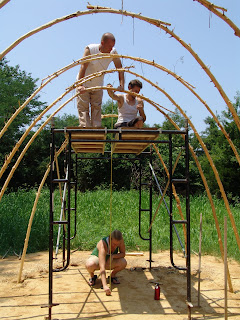 The team measured each arch from top to bottom. 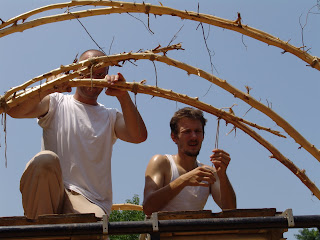 They then re-tethered the overlapping ends of the poles to correct the slope and height of the arches. 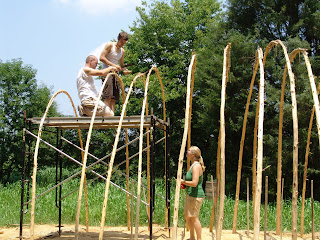 Once the arches have been perfectly alligned, the team can continue to build the rest of the witchott's frame.
Posted by Historic St. Mary's City at 11:18 AM

Become a Follower of HSMC!

This summer at Historic St. Mary's City in Southern Maryland, the Witchott Reconstruction project is underway. This blog will allow you to follow every step of the construction process of the Woodland Indian Hamlet witchott, learn about opportunities to get involved, and get a glimpse into the lives of the first residents of St. Mary's City.