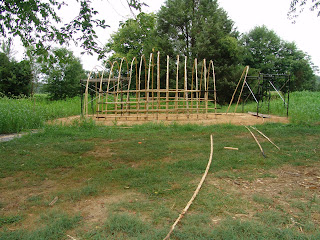 Once the arches had been fixed and re-positioned, the team began adding horizontal poles spanning the sides of the witchott. 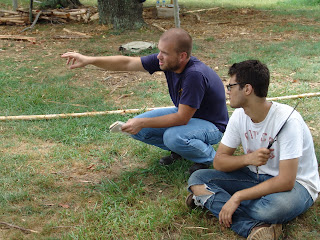 Coby and his crew carefully calculated the positions of the horizontal poles and how to apply them to the existing structure. 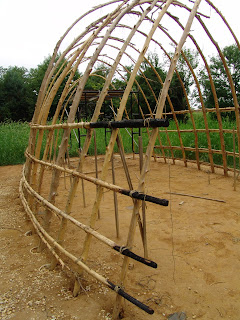 The long sapling poles were tethered tightly to the vertical poles of the arches straightening and correcting the allignment of the arches. 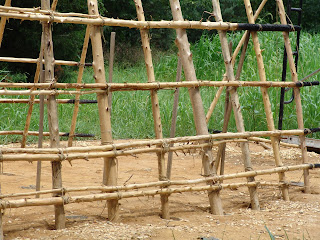 To ensure a sturdy structure, the crew used 2 sapling poles for each foot, creating a grid pattern frame. 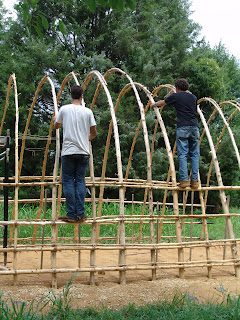 Interns Chris and Nat test the sturdiness of the frame. Once the frame is finished, contruction can begin on the interior and exterior of the witchott.﻿
Posted by Historic St. Mary's City at 12:38 PM

Become a Follower of HSMC!

This summer at Historic St. Mary's City in Southern Maryland, the Witchott Reconstruction project is underway. This blog will allow you to follow every step of the construction process of the Woodland Indian Hamlet witchott, learn about opportunities to get involved, and get a glimpse into the lives of the first residents of St. Mary's City.